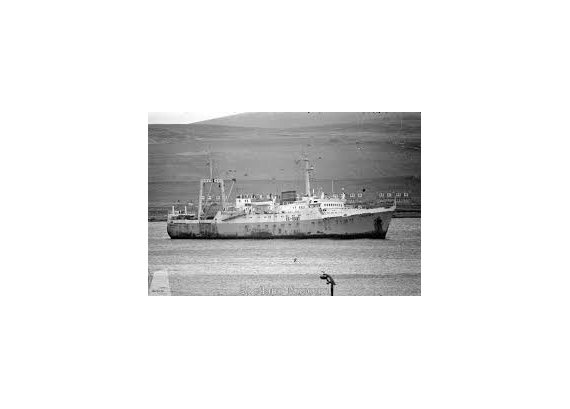 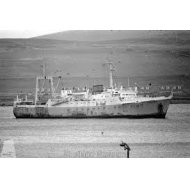 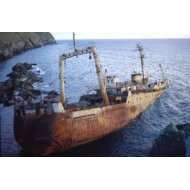 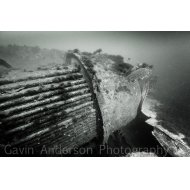 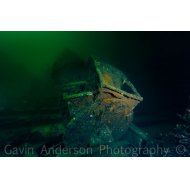 This Latvian registered Klondiker is a very modern wreck having only been on the bottom for the last 23 years. It is a truly fantastic dive that has split into three individual sections.

There has been no salvage on this wreck and so contains all it's fixtures of stainless steel and brass.

The Lunokhods-1 a 276 foot Latvian registered Klondiker (Russian Factory ship) dragged her anchor during a severe southerly storm on the 9th of November 1993, and was driven up against Kirkabister Ness just below the light house on Bressay.

The Shetland Coast guard helicopter 'Oscar Charlie' air lifted all 156 crew although this particular helicopter only had space for 18 passengers she managed to cram in 32 people which still holds as a record for the biggest single rescue lift.

The ships cat was rescued from the ship a few days later.

The stern of the vessel was driven up into a Geo were it still remains tightly wedged and goes from 2 meters down to 18 meters. There is easy access to the engine room workshop and refrigeration unit.

The propeller is still attached under the wreckage.

30 meters of bow section broke and slid down to 45 meters and lays on its port side.

There is also a smaller mid section of wreckage that lays further up the slop in about 30 meters of water.

It is quite doable to start on the bow at 45 meters and work your way up the slop to the stern.

Hydroids and dead man's fingers and plumose anemones, sea urchins and starfish. Large shoals of herring saithe, pollock, cod and wrasse can all been seen.