The M.V. Invincible is a certified MCA category two vessel and is licensed to carry up to 15 persons, 12 passengers

and 3 crew. Originally an ex-trawler built in Sweden in 1962 she was named Camillia and is powered by a 400hp five 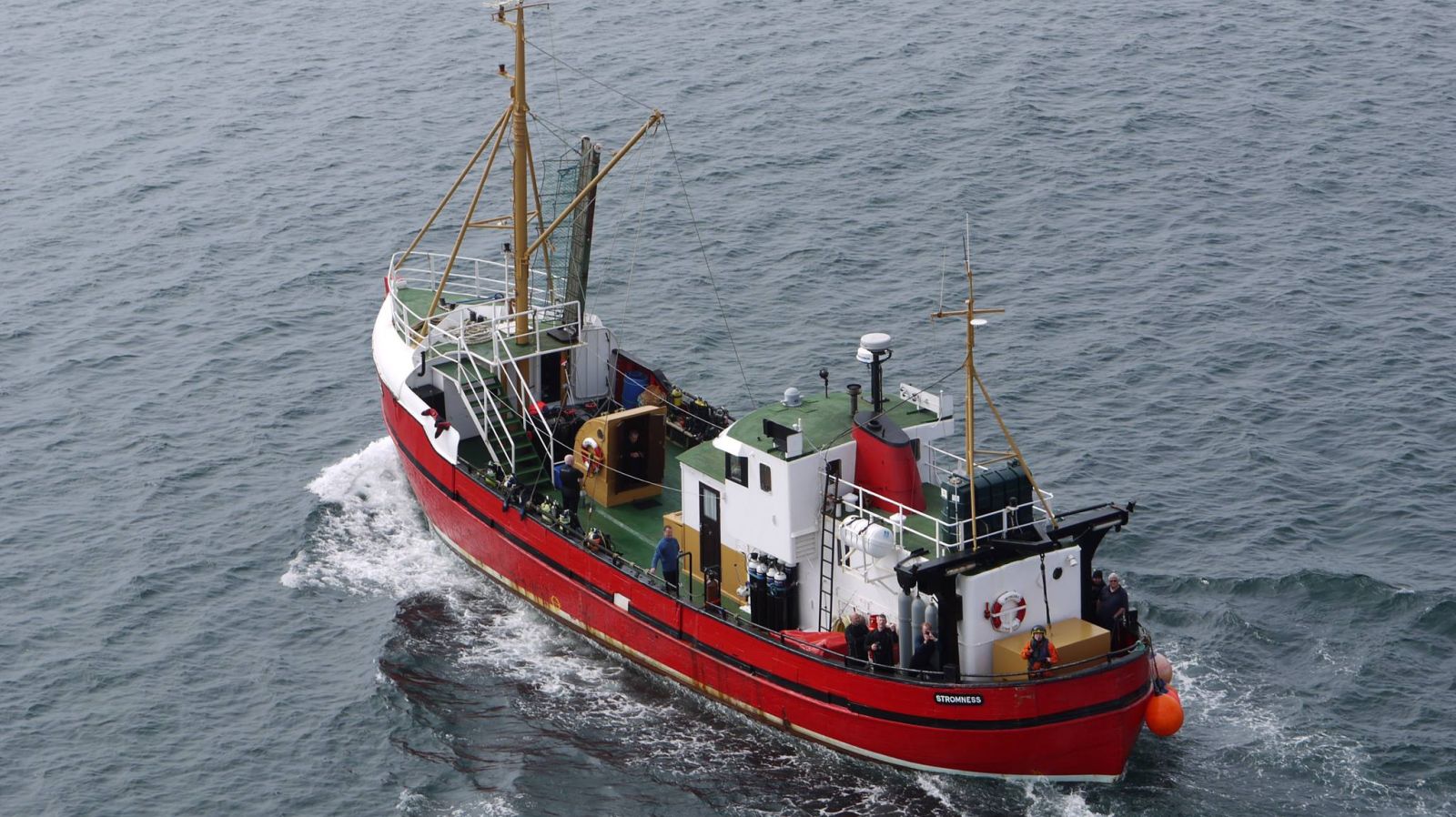 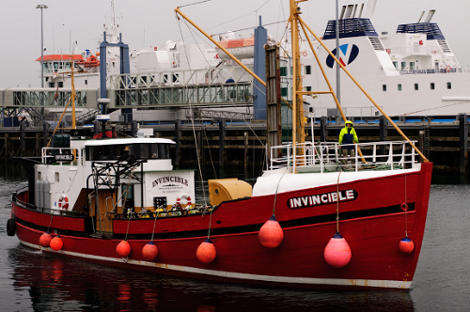 There is ample deck space, along with two long kitting up benches where you can tie your kit in place and this will be

your place for the week.

Due to our mixing panel and long whip the only time you ever have to move your set is to go diving.

deck, no scrambling up and down the pier ladders. 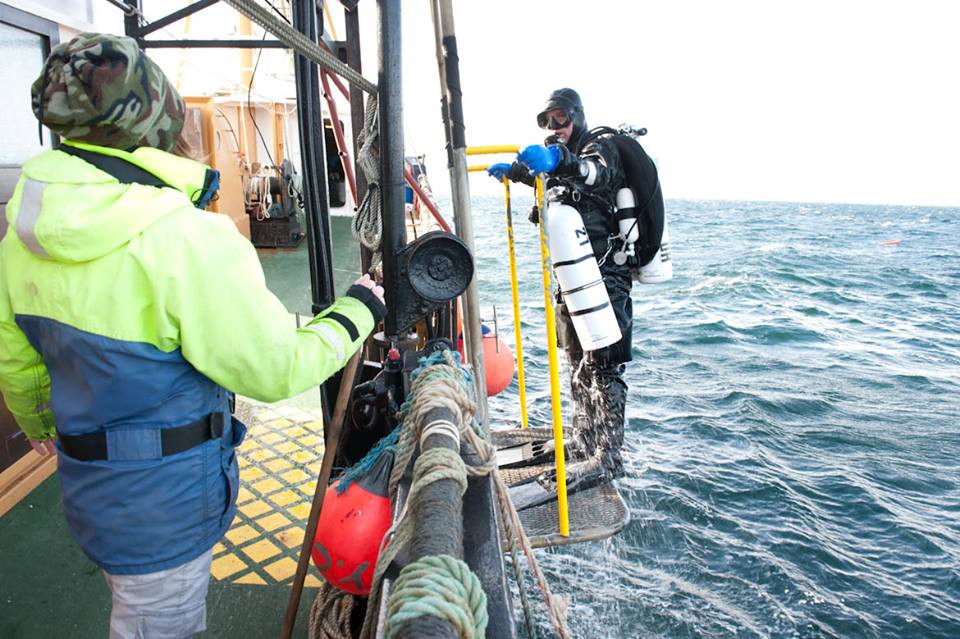 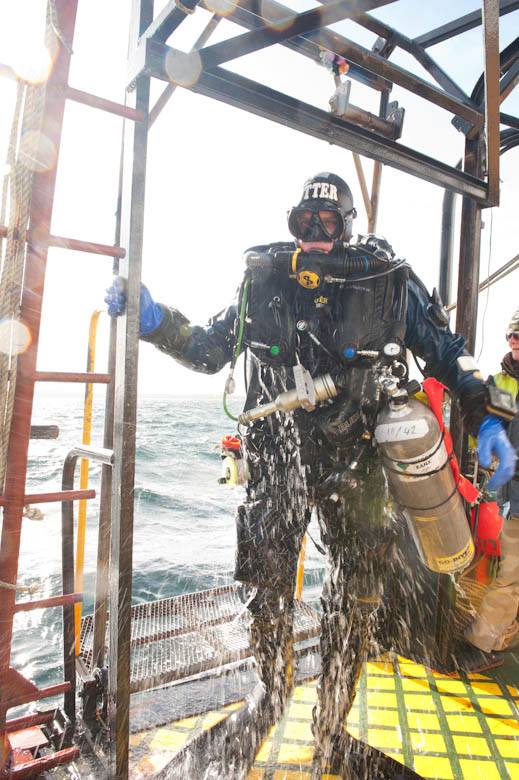 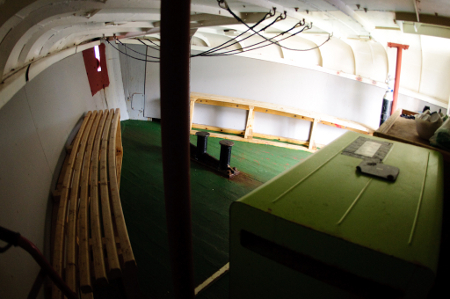 given out from generator.

While tied up in Stromness harbour we are connected to 240v shore power.

which is situated within the shelter deck at the front of the vessel. 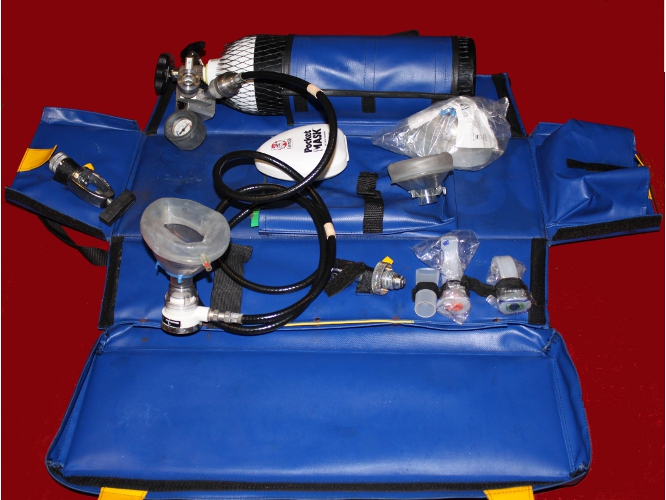 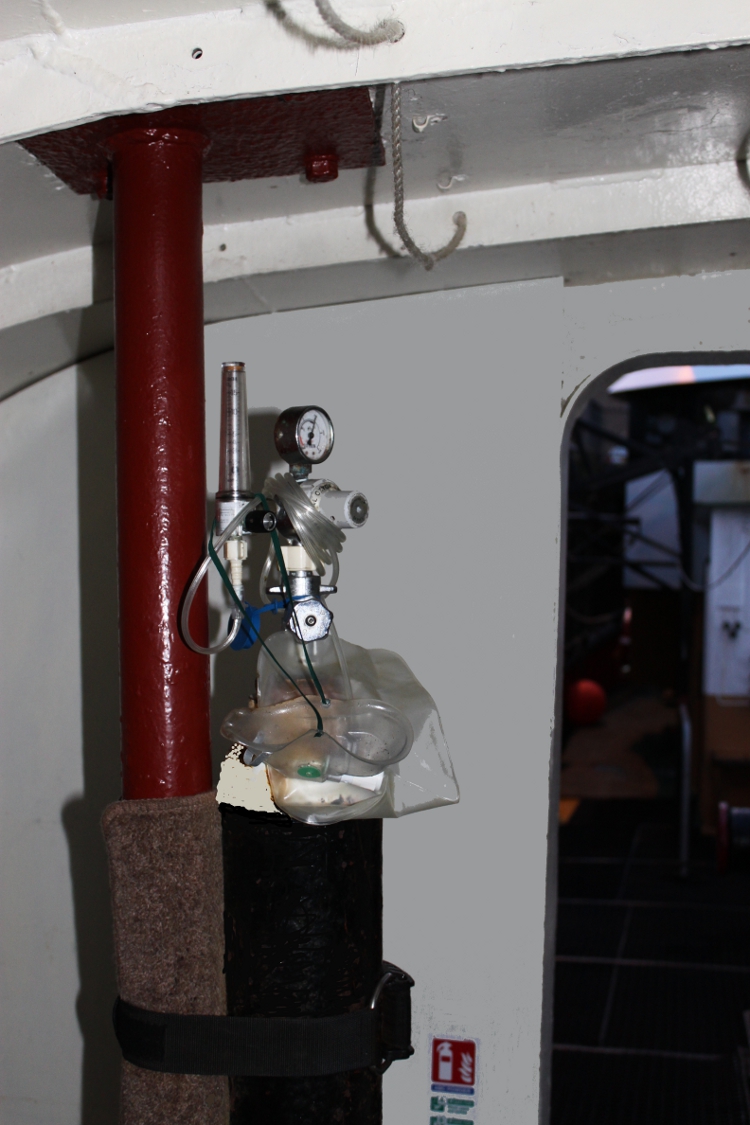 We also keep within the shelter deck our oxygen kit, as well

as a first aid kit ready and available to the divers at all times.

There is also a second portable Oxygen kit, (Phemo Pack), which is kept up on the bridge.

There's always plenty of oxygen onboard. 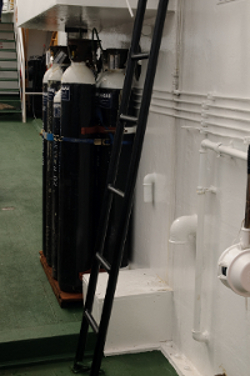 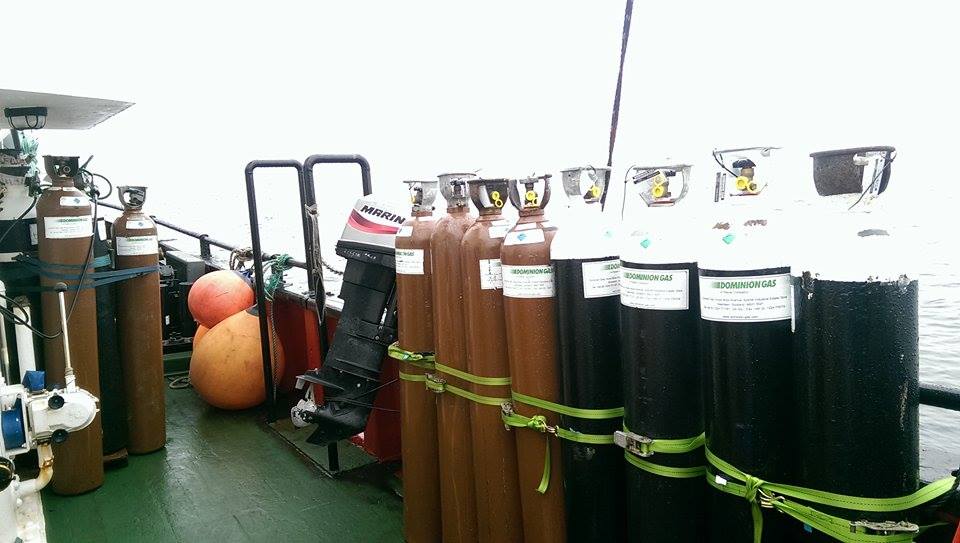 We have two 20cfm 4S 24  Hamworthy compressors onboard.

One powered off the boats hydraulics and the other powered with it's own three cylinder Lister diesel engine.

We can run either, or both simultaneously giving us a massive total out put of 40 cubic feet per minute.

We have six, 66 litre 400bar storage cylinders situated either side of the superstructure at the stern of the vessel.

By keeping our banks fully pressurised to 300bar so we can fill everyones set to 240bar without starting the compressors.

Everything happens here, both compressors, the banks, and Oxygen are plumed into the panel and we have a

nine meter charging whip so you never have to move your set again except to go diving.

HERE WE ARE!!  Our live feed of where we are in the world